I’m a big fan of C. S. Lewis, easily one of the most influential Christian writers and thinkers of the 20th century.

Shortly after receiving Christ, someone gave me a copy of his book, Mere Christianity, which set my feet and new faith on solid ground. (Mere Christianity is a compilation of radio talks C. S. Lewis gave to the people of England during World War II.)

About five years later, another friend introduced me to his Chronicles of Narnia, which I’ve enjoyed over and over again, reading them at least twenty times. These wonderful fantasies are for adults and children alike.

I’ve read many others of his works, including Screwtape Letters, The Weight of Glory, The Great Divorce, The Space Trilogy, and plan to read more.

C.S. Lewis On Stage – The Most Reluctant Convert

Actor Max McLean wrote his play, C.S. Lewis On Stage – The Most Reluctant Convert, using C.S. Lewis’s own words. Watching McLean’s performance, I really sensed the  mental path Lewis took from atheist to a theist, and then to a true follower of Christ. Lewis called himself the most reluctant convert in all England.

What captured Lewis’ heart and mind that drew him to Jesus Christ? Sit back and watch C.S. Lewis On Stage – The Most Reluctant Convert to find out.

Watch the trailer of the play: 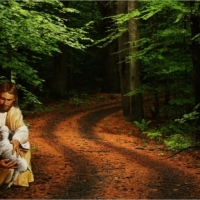